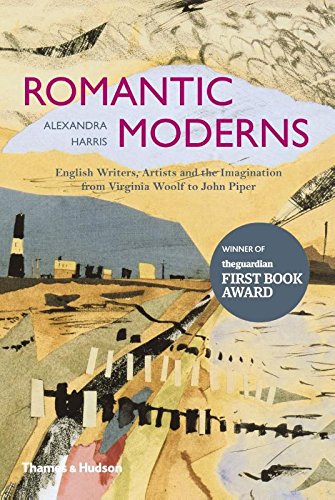 While the battles for modern art and society were being fought in France and Spain, it has seemed a betrayal that John Betjeman and John Piper were in love with a provincial world of old churches and tea-shops. In this multi-awardwinning book now available in paperback Alexandra Harris tells a different story. In the 1930s and 1940s, artists and writers explored what it meant to be alive in England. Eclectically, passionately, wittily, they showed that the modern need not be at war with the past. Constructivists and conservatives could work together, and even the Bauhaus emigre, Laszlo Moholy-Nagy, was beguiled into taking photographs for Betjemans nostalgic Oxford University Chest. This modern English renaissance was shared by writers, painters, gardeners, architects, critics, tourists and composers. John Piper, Virginia Woolf, Florence White, Christopher Tunnard, Evelyn Waugh, E. M. Forster and the Sitwells are part of the story, along with Bill Brandt, Graham Sutherland, Eric Ravilious and Cecil Beaton.